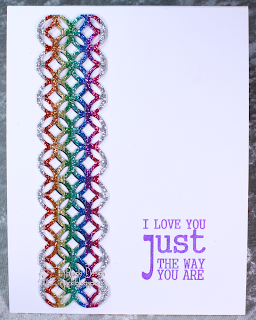 My rainbow-iffic card features dies and stamps from Impression Obsession. The rainbow on the front is complemented by the holographic rainbow on the inside. 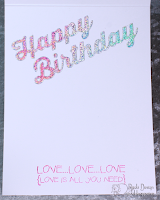 
When I started making this rainbow die cutting, I was intending it for a different project. It didn't work for that project (and I set that one aside for later) but then this idea popped in my head.

I lined up glittered washi on a white panel overlapping to the back side. The tape is self-sticking. Once done, I ran it though the Big Shot without a die to make sure it was all squished on the paper fully. 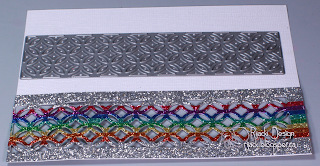 Then I ran it through with the die, lining it up to have narrow silver on the sides. 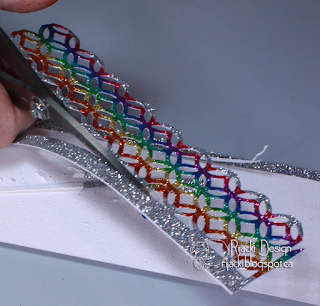 I then trimmed away the edges to have just the rounds. 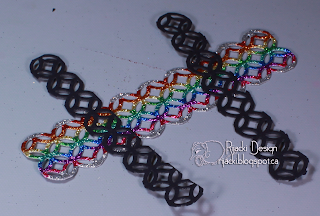 I die cut 2 narrow strips of black and trimmed them as well. I piled them under the centre line on the rainbow. 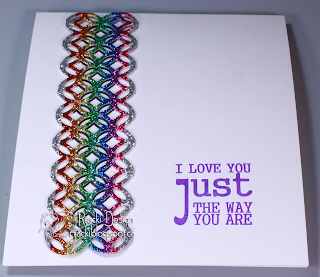 I then simply added a sentiment and glued the rainbow to a white card base. 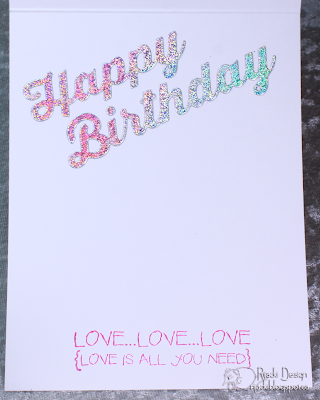 Inside I added another stamped sentiment and a die cut from holographic cardstock that sparkle rainbow, too. 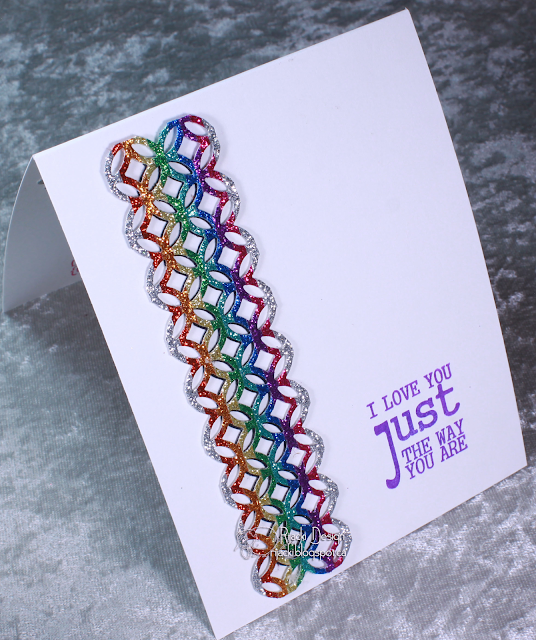 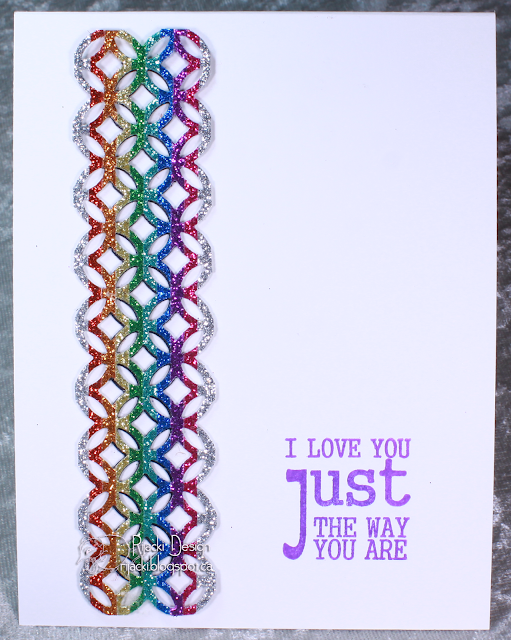 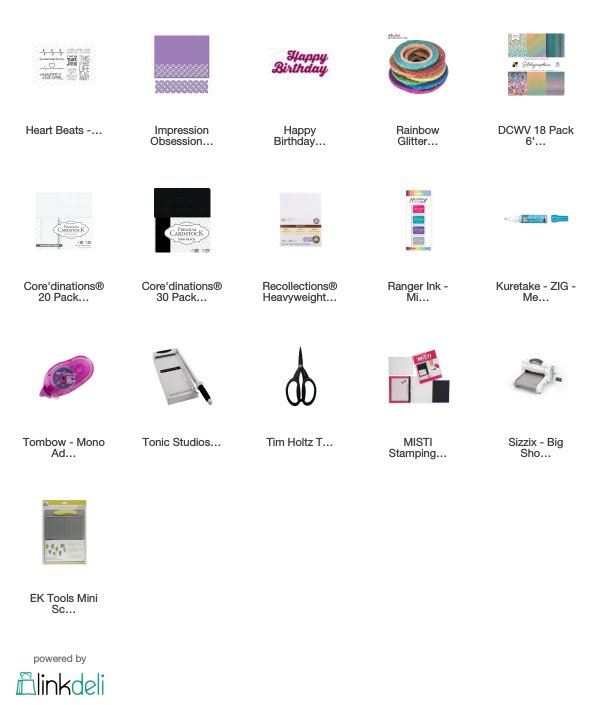