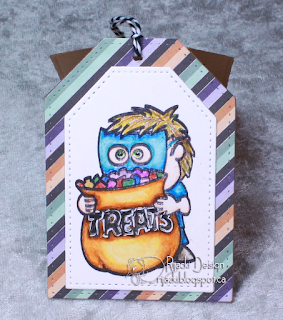 Who didn't want a treat bag almost bigger than yourself when you were trick-or-treating? It was the highlight of childhood for many of us. My tag-card features a long retired stamp from Kraftin' Kimmie coloured with Nuvo watercolour pencils.

The last time I went out trick-or-treating, I was actually in my 20s. I was friends with a small pack of teenagers one of which hosted a small and very tame Halloween party as an excuse for us to costume up. After the little kids coming to the door dwindled and we still had a lot of candies left (the good stuff), someone in the group came up with the idea of 'reverse trick-or-treating'. We went out to the neighbourhood to ring the doorbells of the houses with decorations. Instead of getting candy, we cheerily gave them some of ours. We also gave candies to the few young tricker-treaters who were walking around and to their parents, too. It was blast and full of a lot of laughs both in our little group and the people at the houses. 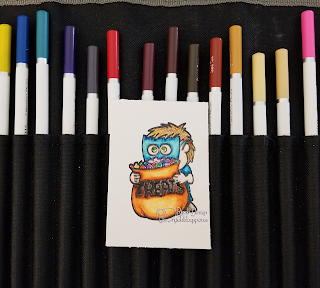 I used Nuvo watercolour pencils to colour the image during lunch at my day job. 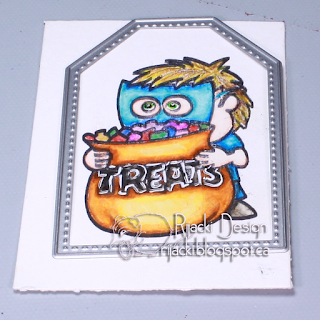 Back at home, I added some additional details with Uniball pen and Wink of Stella. I found a tag die in my stash to perfectly fit the image. 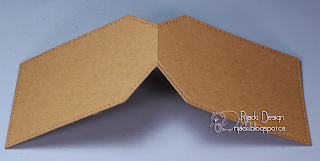 I used a larger die from the nested tags to cut a top fold shaped card from kraft. 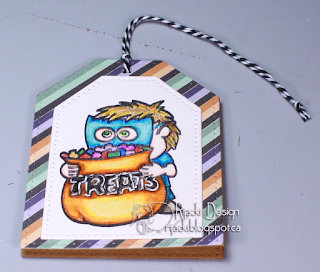 I used the same large die to cut the striped background on the diagonal. I added both to the card base I made then added a hole which I threaded with black and white baker's twine. 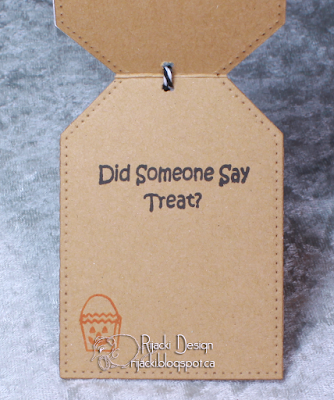 Inside, I added a sentiment and icon. 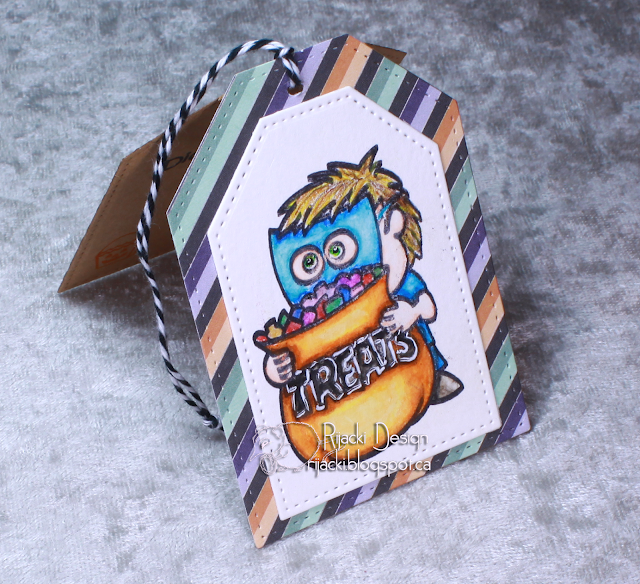 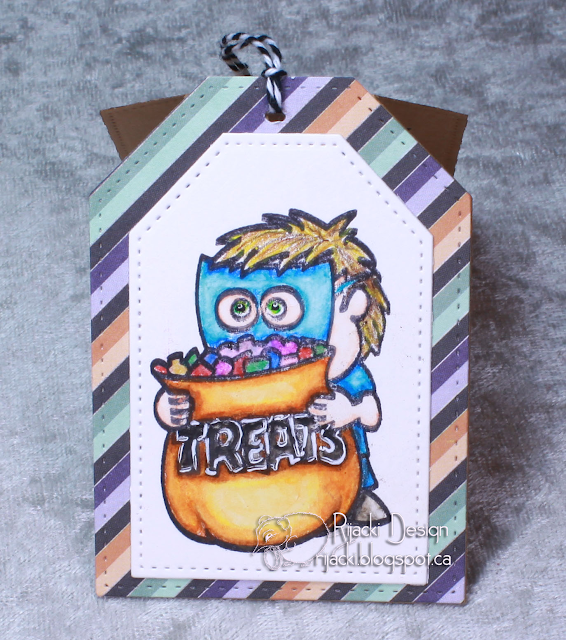 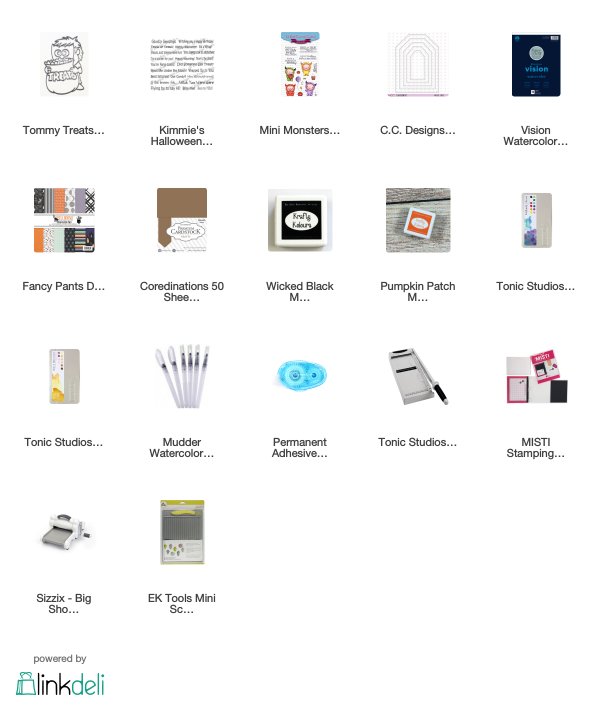