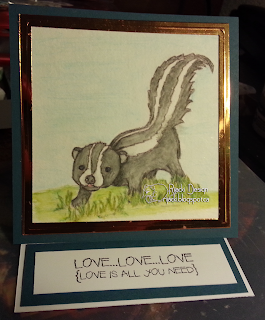 Sheepski Designs blog is hosting another monthly challenge! For September, the theme is Feature a Creature. For my inspiration, I chose to use Lil Skunk as the focal for the easel card I made for my sweetie's birthday. He loves skunks which is why I chose this image for him.

These are not affiliate links just the products I use and where you can find them, too (if they're not retired).

One of my sweetie's favourite animals is the skunk. I look for skunks for him, 'cause I know he likes them. I was thrilled when Andrea Norris created the Lil Skunk digital stamp and got him right away for my sweetie. 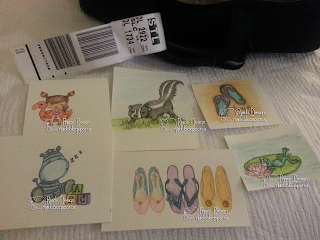 The image was one of those I coloured while traveling from BC, Canada to Missouri to visit family (and see the eclipse totality). I printed and stamped several images and cut each on to a small panel I could hold in my hand while colouring. I used watercolour pencils and waterbrushes while in the airports and even on the planes. Three planes and two long layovers, colouring helps to soothe my soul and keep me from going bonkers (especially since I accidentally left my phone at home and my audible book and music along with it). 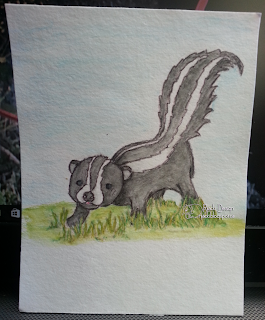 Colouring a black animal can be a bit tricky. You don't want to get it too dark or it looks like just a blob, or too light and it looks grey and not black. As mentioned above, I used watercolour pencils with waterbrushes on light (90lb) watercolour paper. I used a grey pencil first to fill in the black areas and then slowly, lightly layered on black until I felt it looked black without being a blob. I added in a wash of blues, also from pencil, for the sky and greens for the grass. 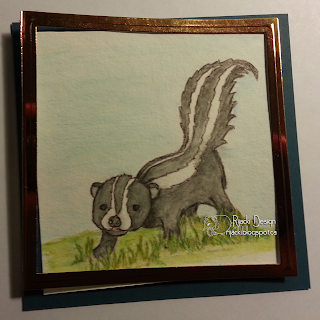 I put the card together while I was in Missouri, in the hotel room. I brought along a few supplies such as the card bases, a limited amount of cardstock, and some die cuts that were 'scrap' from previous projects as well as some basic tools (all cutting things were packed in the checked suitcase). I trimmed the skunk and dry fit him with a copper foiled frame and dark blue matting. 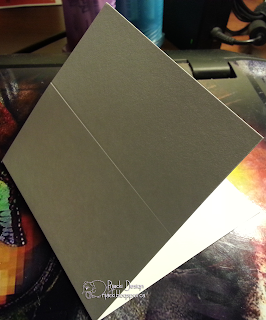 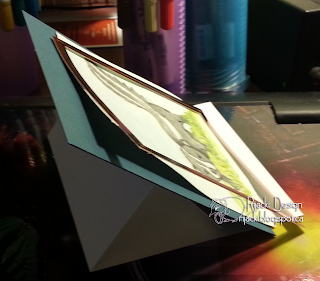 My die cut frame and matting is a 5" square, but the overlap looked okay in the dry fit. 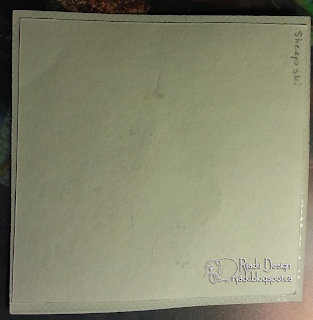 To make it easier to place the image, I adhered it first to the frame. As you can see in this picture, I put a note on the back of my image panels when I print them so I know which they are. This way I can pre-print a variety of images and not lose track :) I have Evernote on my computer and phone, but just the maker on back means I don't have to look through everything to find it. 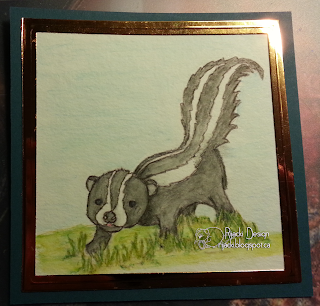 I then adhered the matte. I love how the dark, slightly green blue sets off both the copper and the image.

To make a stopper or easel helper for the front, I stacked two strips of scrap cardstock on the back of the matting for the base sentiment. This gives it just enough height for the easel to hold upright. 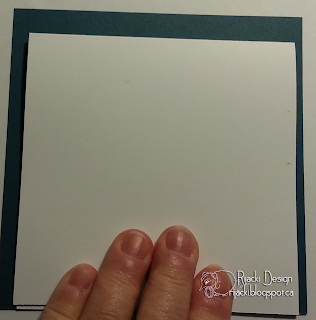 I attached the base to the back of the matting. You can see how the base is smaller. (It really is centred, the picture just looks a little off.) The bottom is flush and attached to the base. From the score/fold upward, it's free so it will pivot as the easel. 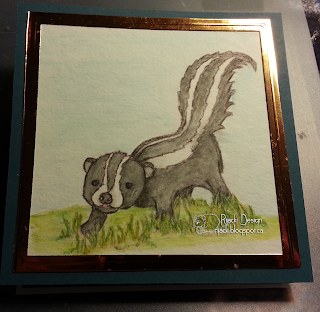 Closed, it's just the water coloured skunky in a frame :) 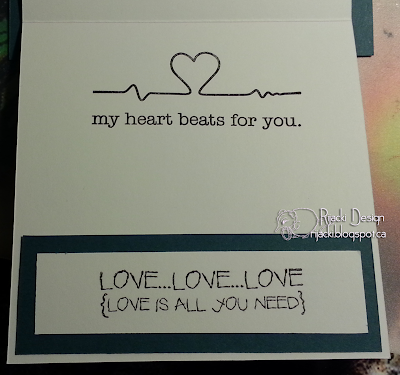 Inside and on the bottom panel that holds the easel, I added a couple heartfelt sentiments from Impression Obsession. I left room, too, for a personal sentiment that's hidden by the easel. 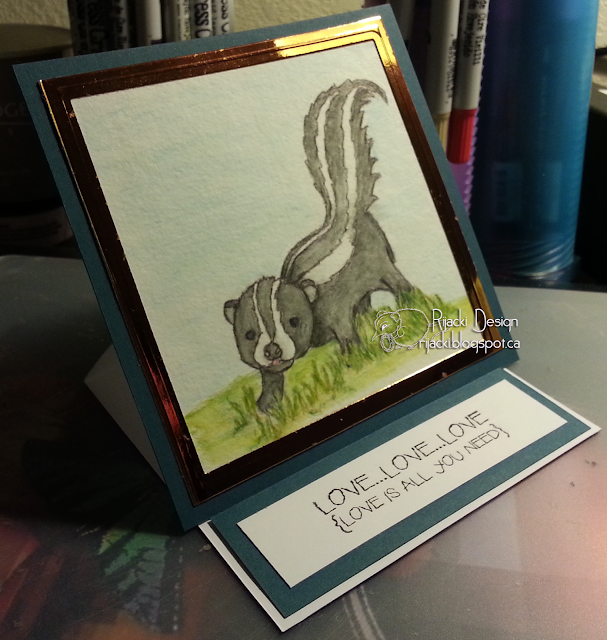 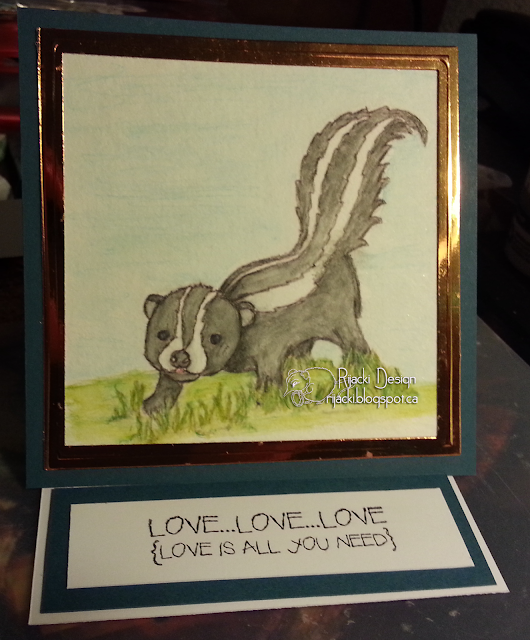