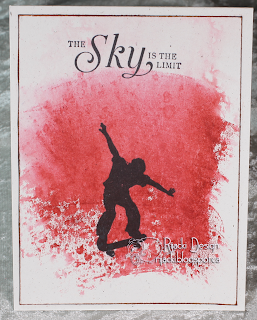 A silhouette of a skater on a slash of red affirming that the sky is the limit. You can do anything.

This card features Stampin' Up products: inks, stamps, and cardstock.

These are not affiliate links just the products I use and where you can find them, too (if they're not retired). I am not a Stampin' Up demonstrator.

One of the challenges I follow has silhouette as this week's theme. If I type it enough and have spell checker notify me it's wrong with a correction, I might finally get how to spell it in my brain.. silhouette... not yet. Anyway, another challenge is a palette (a word I can spell without help) of red, black, and white. I thought about the stamps I have and the skater popped up.

I got the skater a few weeks ago at a garage sale hosted by a local scrapbooking store. When I bought him, I didn't realise he was Stampin' Up. Only when I went looking for him to catalogue him in Evernote and Inlinkz did I find that he was a long retired Stampin' Up stamp. He was on wood, but on a really hot day, I demounted him.

I was intending to do a single layer card but forgot how badly this cardstock stands up to even a small amount of water and then stamped the front sentiment slightly askew. I actually think it is a much better card, though, because I altered my original idea. 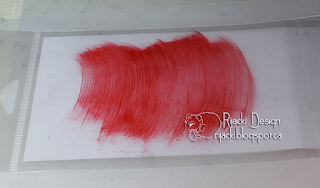 To make the swipe, I put my cardstock under a see-through plastic sheet and then laid clear plastic packaging over the protected card. I swiped a mini ink pad of Real Red on the clear plastic using the card beneath to guide my swiping.

I was given several minis by my Stampin' Up demonstrator from her Paper Pumpkin kits 'cause she doesn't like them. I actually prefer minis because they're easier to store, so it was a win-win because now I want re-inkers for some of the current colours. 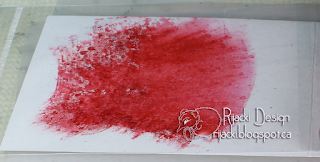 I very lightly sprayed the ink with some water and laid the ink on my cardstock, lightly smooshing the wet ink into the paper. 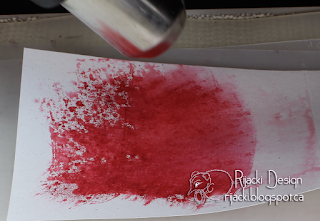 I used a heat tool to dry and set the ink. 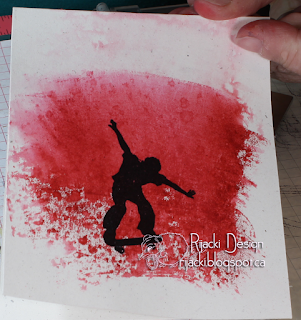 I used the Misti to stamp the skater. I stamped him a few times to get a solid, crisp black. I then stamped the sentiment and.. it was slightly askew (not quite enough to look intentional or good) so I scrapped the idea of a single layer card.  The cardstock was also badly warping from the wet step before, so it really was the best decision. When trimming it, I squared the panel to have the sentiment straight. 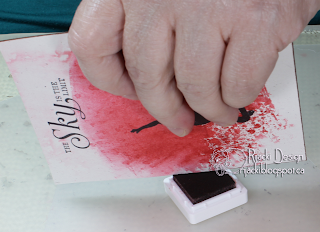 Since I decided to use the same cardstock for the card base as the panel, I wanted something to set the edges off without matting. I ran the edge of the panel on a Cajun Craze pad. 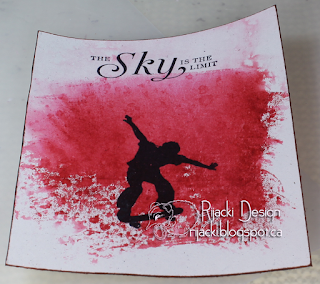 The thin line of reddish-brown ink gives the panel a nice finished look. 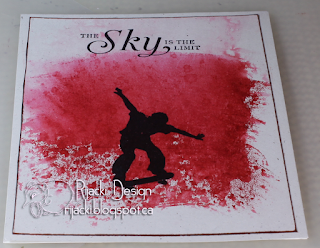 I used Scor-tape to adhere the panel to the card base to make sure the warping was tamed and the panel would not budge. Plus, Scor-tape is just ever so slightly thicker than tape runner giving a tiny bit of dimension between the panel and the card base. Foam tape or dots would have been too much dimension. 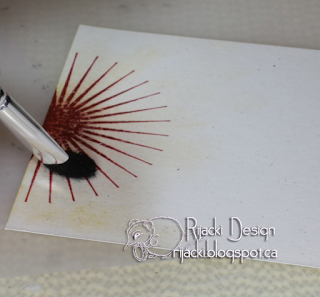 I often feel like a card is unfinished if I don't add something to the inside. I decided to add a sunburst to the bottom of the card, So stamped with Real Red and then a touch of Cajun Craze in the middle. I then brushed on a light dusting of Daffodil Delight for a bit of glow. 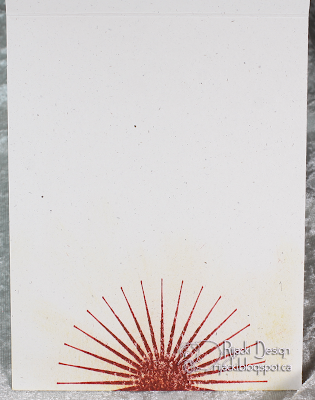 Even without a stamped sentiment, the inside still has a nice detail tying to the card front. 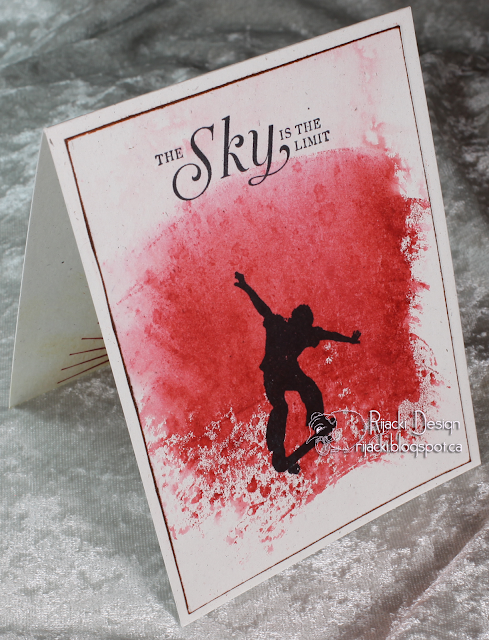 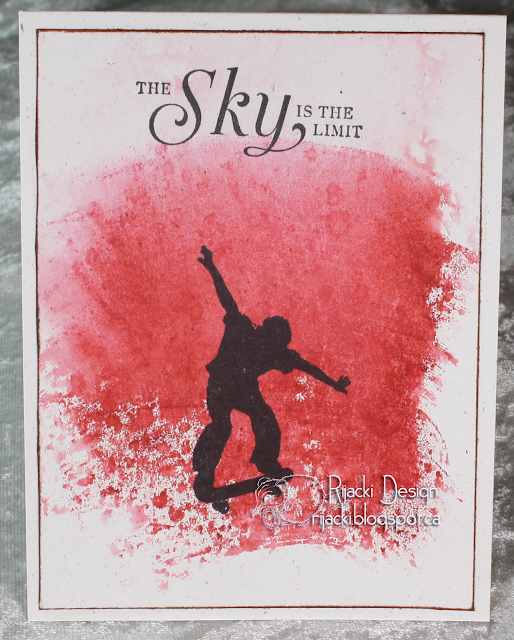