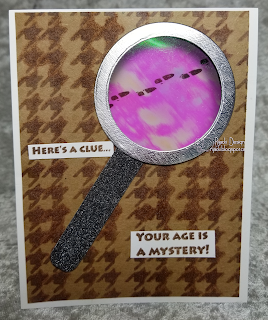 A mysterious card arrives... The magnifying glass shows footprints... The clue is your age.. What does the detective conclude? 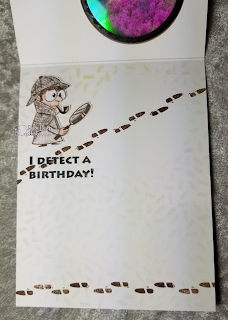 My card features Kraftin' Kimmie Stamps with ink, stencils, and of course stamps. The front of the card is also flocked for textury goodness.

The idea for this card started brewing in my head while I was falling asleep and waking up. I thought of it more during the day while I was at my day job. 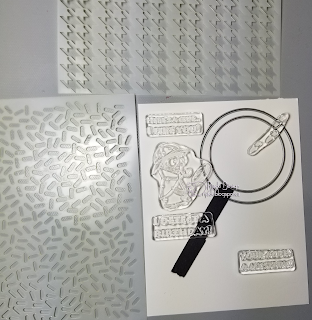 I did a dry layout with the elements, layering the front and inside on an A2 panel. 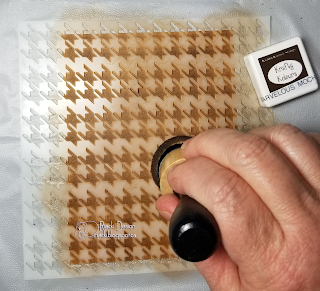 For the background, I used the Houndstooth stencil with Marvelous Mocha on kraft. After adding the ink, I used a blender to add glue over the ink. 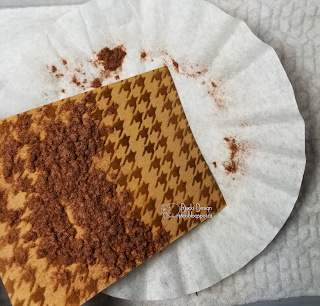 I dumped flocking on the stencilled glue using a coffee filter and dry Swiffer cloth in a shallow box to contain the mess. I used the coffee filter to pour the excess flocking back into the jar. This is the same method I've used for adding glitter. 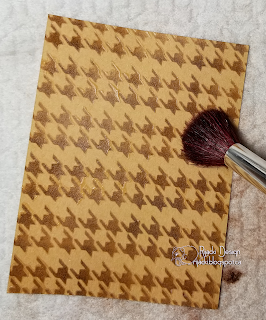 After the glue dried, I used a dollar store fluffy makeup brush to wipe away anything that didn't adhere. I actually tried this twice because the first glue I used (and photographed) dried too quickly to adhere the flocking. The second attempt, the one on the card, was better. 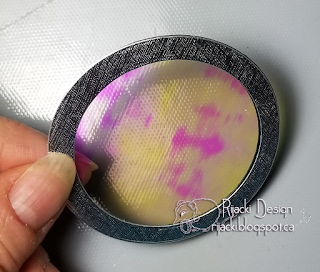 For the magnifiying lens, I die cut a ring from textured silver foiled cardstock and a second from heavy black. I partly die cut a circle of mylar with the die between the two for the frame and sandwiched it between the two rings. I put the lens under the two ink tins holding my Kimmie minis to let the glue dry firm. 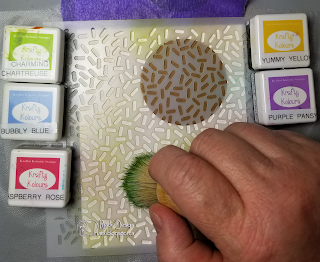 Using the same die I used on the mylar circle, I die cut the front panel and front of the cardbase. I used the fall out from the front panel as a mask for the inside. I used a blender brush to add a soft bit of colour on the rest of the inside with several Kimmie inks and the Sprinkles stencil for party confetti. 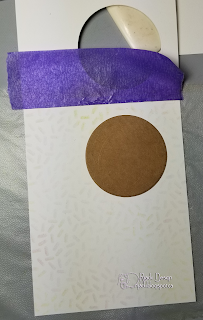 I kept the colours on the inside faint to not conflict with any personal sentiment. 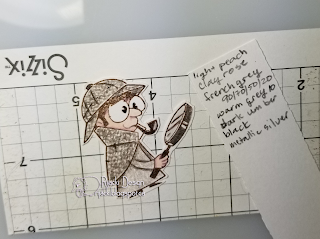 I stamped the detective on Bristol with Marvelous Mocha and did a quick colour with Prismacolor pencils. I used tiny x'es on his cloak and hat to give them visual texture. 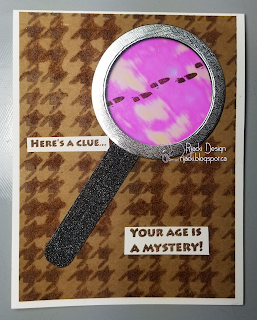 I trimmed a handle for the magnifying glass on the front from glitzy cardstock and rounded the bottom corners with a punch. I put the glass over the hole after stamping the examined shoe prints on the inside. I stamped the front sentiments with Marvelous Mocha and added them to the front. 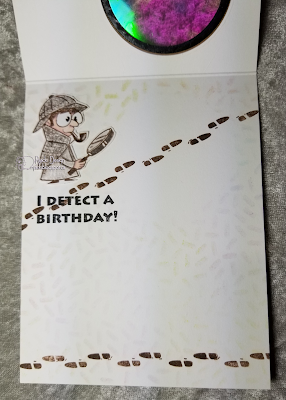 Inside, I added the hidden detective along with the shoe prints in Mocha and sentiment in Wicked Black to finish the story. 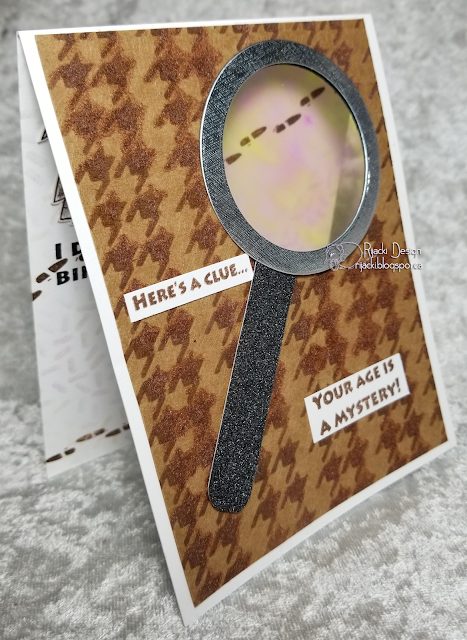 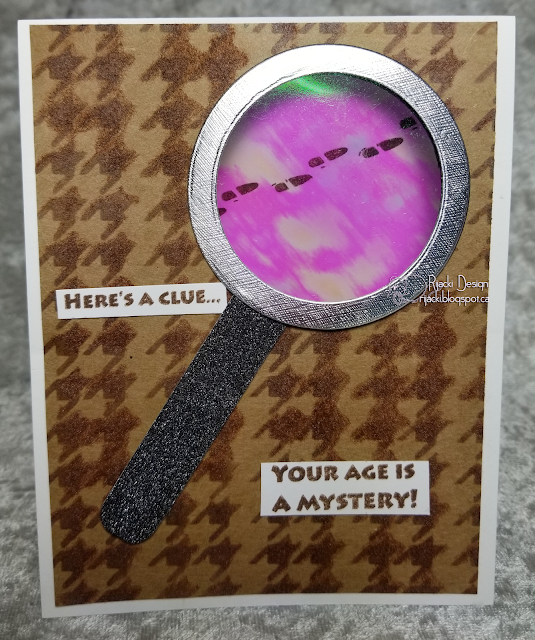