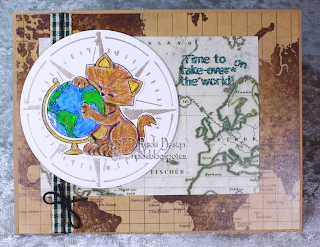 I love the kitties of Newton's Nook. I also love Dreamweaver stencils. So wonderful to use both on this project. I'm intending to send this to a kitty-lovin' friend when he has completed treatments for an ailment and is back on track to full health. I coloured the kitty with his globe while I was at lunch at my day job. I decided to use the Winsor Newton coloured pencils I keep in my On-The-Go stash (in my purse) since I had good results with them on a couple projects of the past. This time, though, I was very disappointed with the pencils. I attempted to sharpen one, the lighter blue, and its core was just a crumbled mess past the initial factory sharpening. Even when I gave up on trying for more than the tiniest stump it crumbled as soon as I tried to use it. I finally did get a barely usable stump with the pencil carved to half its original size. I ended up making the ocean a lot darker than I intended since I had to use the darker pencil. I plan to try to contact the company this weekend when I have a bit of time to research how to get a hold of them. To say I am not pleased is a major understatement. 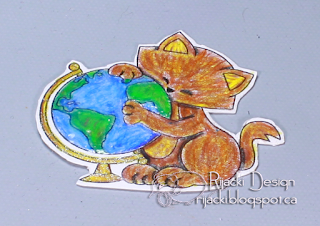 At home, I fussy cut the image and added Nuvo glitter marker and Glossy Accents on the globe.

One of the motivations of this card is the Inky Paws challenge and this one is a sketch. 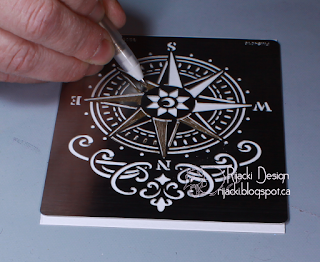 I wanted to put a compass rose behind the kitty and his globe. The only one large enough is the new to my stash Dreamweaver stencil. I used a Gelly Roll metallic pen with the stencil. 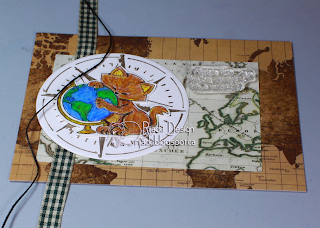 I die cut the stencil for Newton's backing and added panels of map patterned paper from Seven Gypsies for the dry layout. The black hemp cord was from a recent card kit I got. The Sevin Gypsies paper is very slick and shiny. 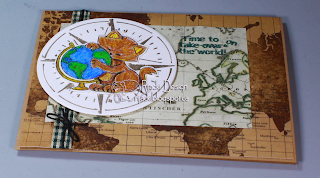 I added everything to a kraft card base and popped up the compass rose with the kitty using foam mounting tape. I used the blue-y/green-y Northern Lights embossing powder from Emerald Creek to add the sentiment to the top map. 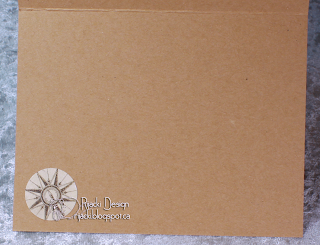 Inside, I punched a compass rose from one of the papers from the Seven Gypsies pad as a detail in the otherwise blank card. 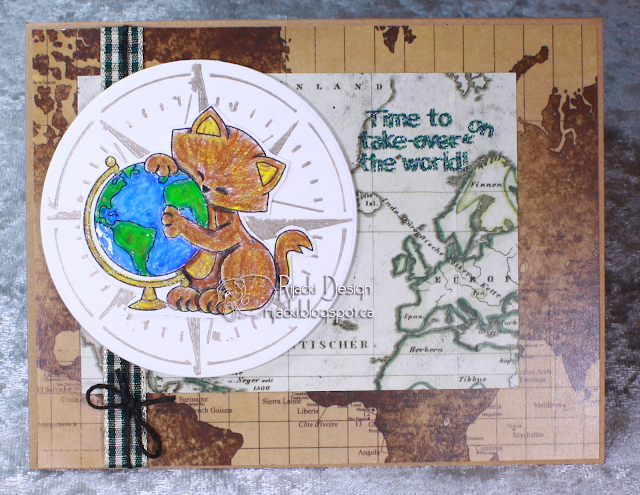 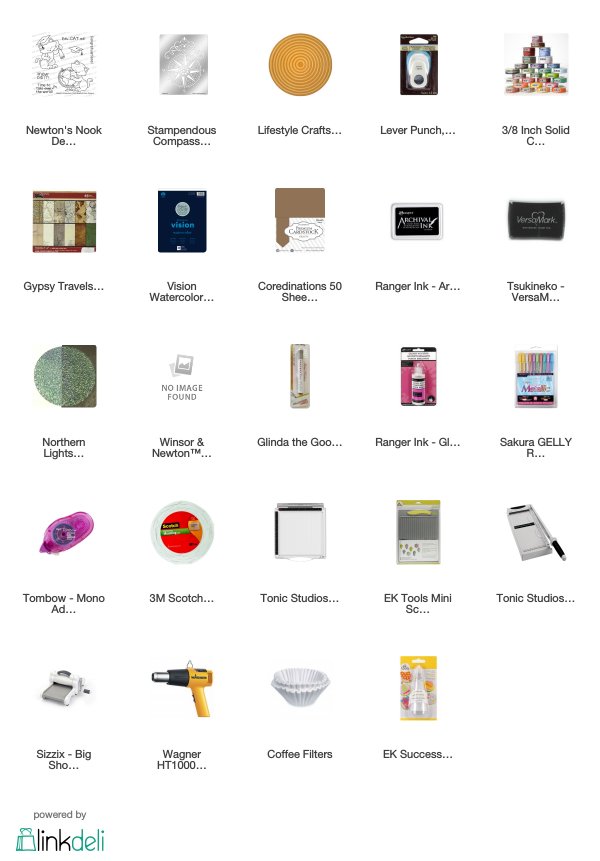