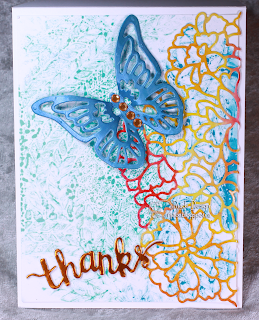 A mix of techniques was used to create this colourful thank you card featuring dies from Sizzix, Hero Arts, and Stampin' Up.


Two of the three surface treatments were done at Crafternoons with my friend so I don't have full pictures on them.

For the flower die cuts, I used a panel I had made with Distress Oxides on glossy photo paper using the same technique I show in Life is a Journey. Based on the colours I see in the finished panel, I think I used Squeezed Lemonade, Abandoned Coral, Spiced Marmalade, and Candied Apple. I forgot to take a picture when I made it and also before I die cut it. Both times, my head was in the creative space and not the documentarian. 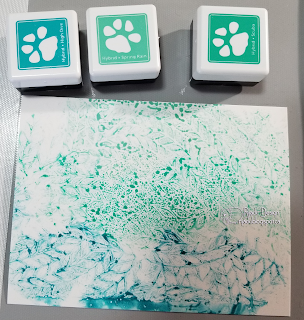 For the background, I used the same technique in Keep Calm Popcorn Box. Using Simon Says Stamp hybrid ink, I inked up a gel plate, placed the stencil on the plate, used a wet wipe to dab the ink from the exposed areas, and then laid the cardstock on the plate to pick up the ink, smoothing it with a brayer. 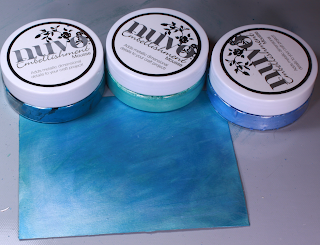 The last surface I used for the butterfly. I started with a white panel of cardstock and covered it on both sides with Nuvo mousse. The mousse will get less creamy and more wax-like as it is opened to the air. Dampen the sponge before picking up the colour and it will be nearly as creamy as it was when you first opened it. 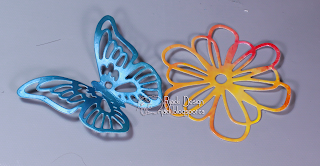 I first die cut a butterfly and flower using the box embellishments from the die set I got with my Big Shot Plus. I curled the wings of the butterfly by just shaping them with my fingers. 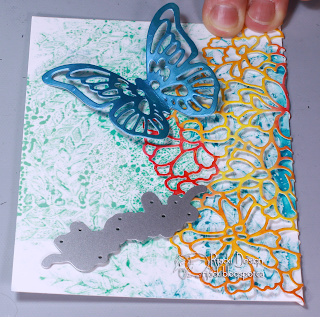 I changed my mind on the flowers and used a Stampin' Up die with the same panel to die cut flowers. I dry fit these with the butterfly, background, and a sentiment die from Hero Arts. 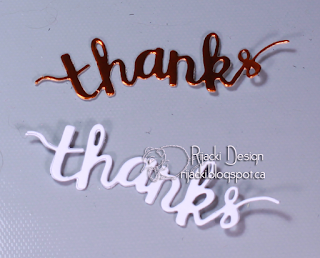 I cut the sentiment from an orange foiled cardstock and a couple white. I stacked them to have a dimensional sentiment. 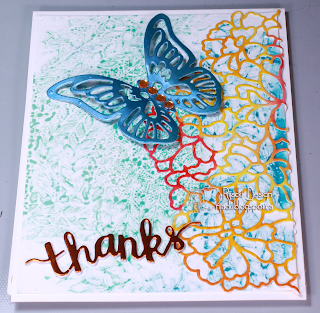 I added orange rhinestones to the butterfly body to finish the card. 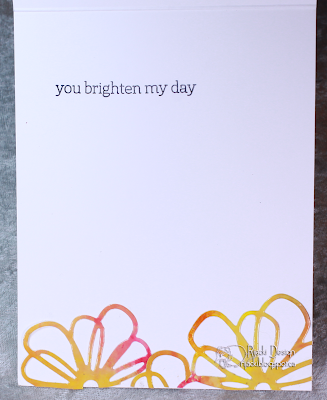 I used the stamped sentiment from another Hero Arts set because I liked how it fit with the bright flowers. I used the first scribbled flower I die cut to add a detail inside. I cut up the flower to fit it across the bottom. 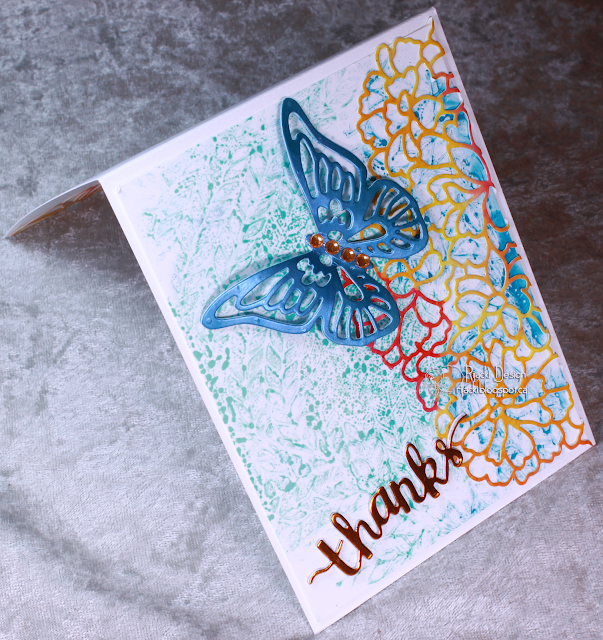 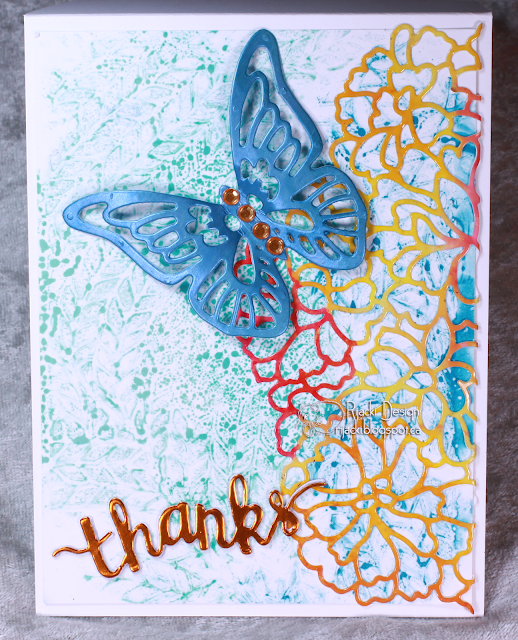 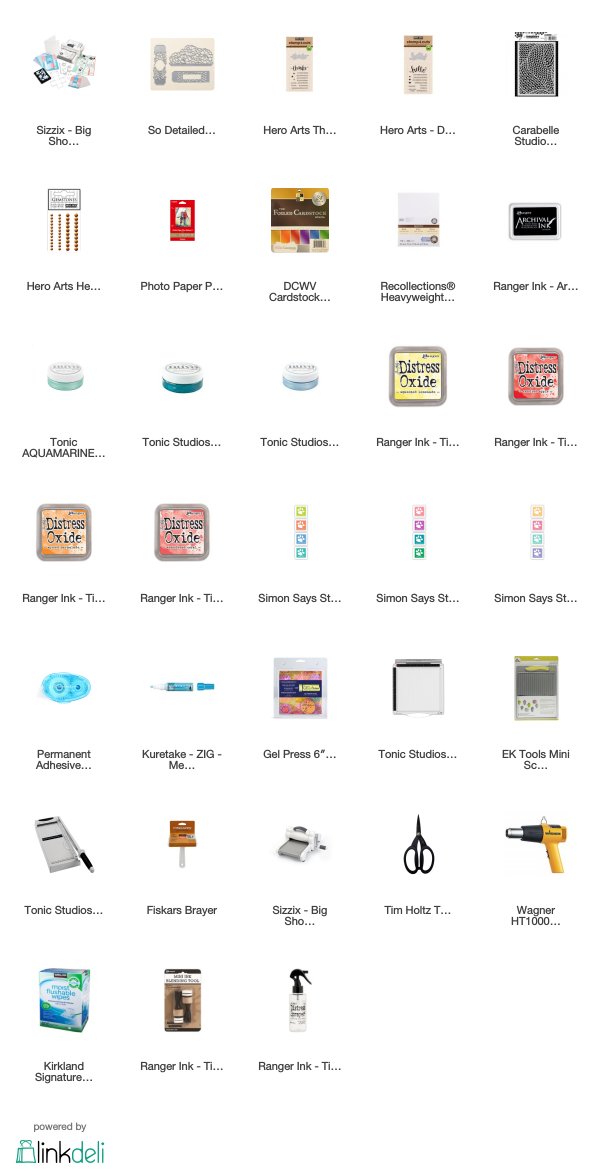 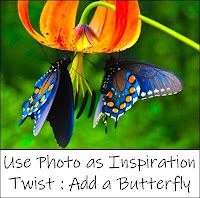