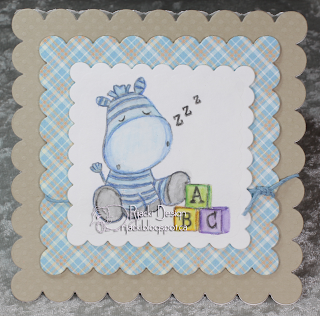 What can be more precious than a sleeping baby? This precious little plush zebra is taking a nursery nap on a square card with scalloped edges featuring a digital stamp by All Dressed Up, die cut set by CC Designs, paper by Graphic 45 and Bazzill, and watercolour pencil colouring done while flying from west coast Canada to Missouri.

I've had this image in my stash for a while, oo-ing and awe-ing over his cuteness. I finally coloured him up while I was on vacation. 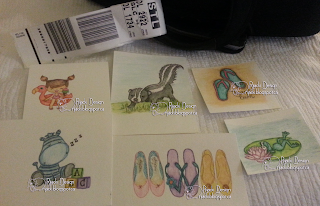 The sleepy zebra is one of the images I coloured last month while I was flying from Vancouver, BC, Canada, to Missouri to visit family (and watch the eclipse at totality). I have my watercolour pencils in a brush tube, waterbrushes (and glasses) in a pouch with images I printed or stamped ahead of time and trimmed to hand-sized panels. With this compact set up, I can colour anywhere. It's very relaxing to colour in the air ports and even on the flights. Some of the images I made into cards while we were on vacation, with a few supplies I brought with me, others I set aside for later. 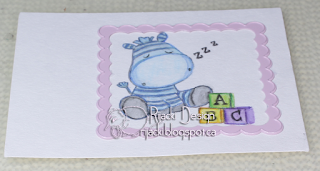 Last night, on a whim, I dry fit the CC Designs scalloped square die around him. I was thinking of making him a square card but until I saw how this die fit so well, I hadn't even thought about doing him with scallops. It was a good thing this die was in the front in my nested die storage. 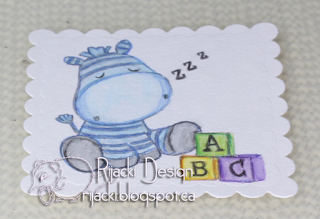 I ran it through the Big Shot and was even more pleased with how it looks. Such character. 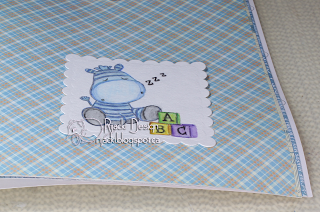 The baby paper in my stash is from Graphics 45. I have two pads, one with 'solids' (which is also patterned) and the more decorative. I paged through the bigger pad and this plaid sang to me. I dry fit the zebra and it was a match made in heaven. 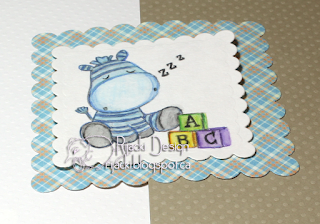 I die cut the plaid with a larger scalloped square and went about trying to find the perfect match for the background. By this point I was thinking about doing a die cut card using the biggest of the scalloped squares. I was thinking about a coloured card, too, but these swiss dots were too just right. I waffled between white and the light brown and decided to work on some other stuff while I thought about it. I was learning toward the brown but didn't want the card to be too dark.

After choosing the dotted swiss, I knew I would need a card base under it since the dotted swiss is not heavy enough to work as a card base on its own. I decided to use Simon Says Stamp 120lb card stock. I cut a strip 5 1/2" x 11" and scored it in the middle at the 5 1/2" mark. This is a tiby bit bigger than the biggest die in the scalloped square set. 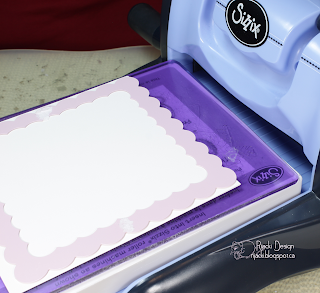 I put the die on the folded card base with a scalloped side just over the fold so the dips in the scallops would be cut but not the tops. Because the cardstock is so thick, I had to run it through several times, carefully run the inside through as a partial cut (the area not to be cut off the cutting plate edge), and then help the last little bits with a few scissor snips.

In the end, though, I had a card base with a scalloped edge all the way around including the top.

I dry fit the other scalloped panels and everything fit perfectly. 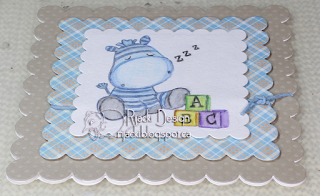 I adhered the light brown panel directly to the card base and popped the other two up with foam mounting tape. I also added a a knotted cord around the plaid for a small embellishment. 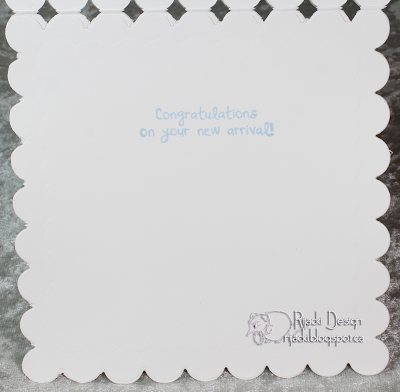 Inside, I kept it simple and just stamped a sentiment in light blue. 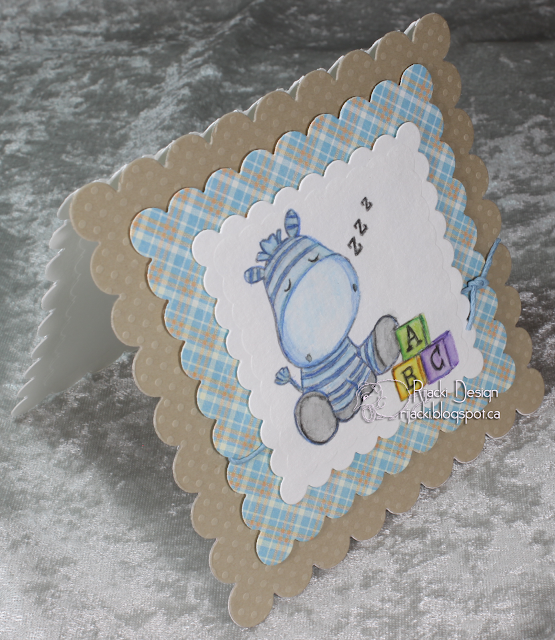 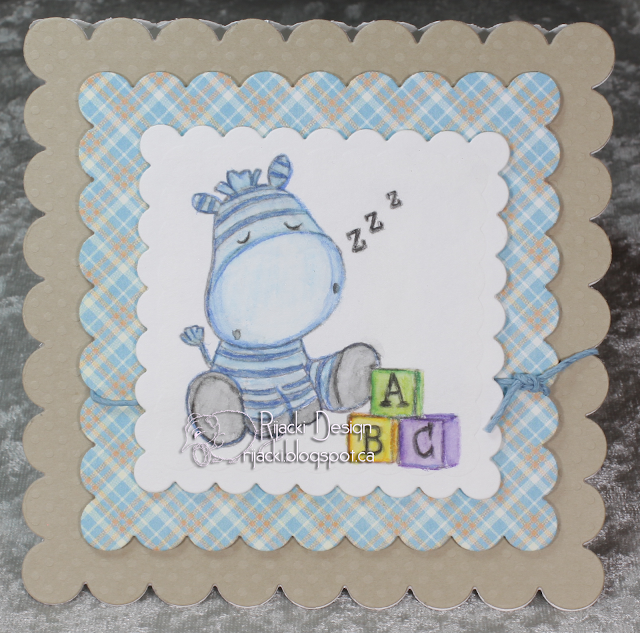 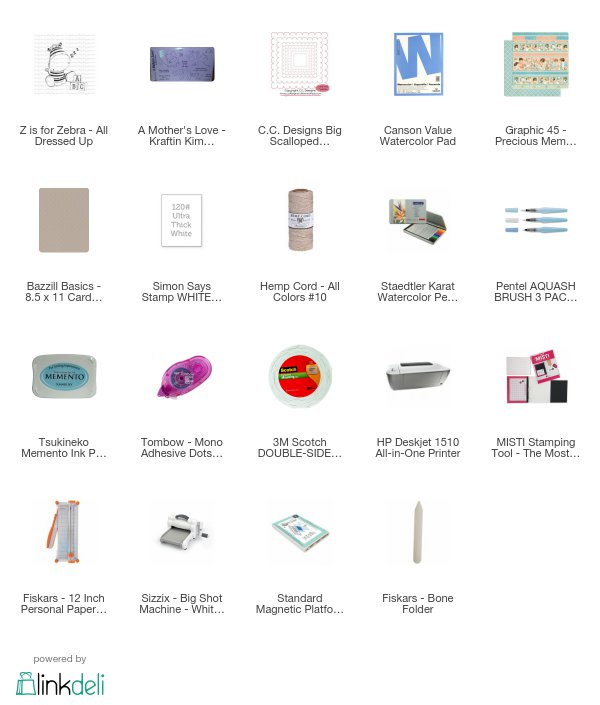