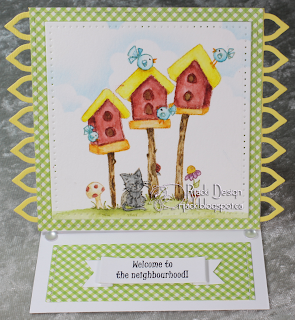 We got new neighbors yesterday. We want to welcome them into the neighborhood, so what's better than a card. And, a little black kitty because my Scout will surely go to visit them, too.

These are not affiliate links just the products I use and where you can find them, too (if they're not retired).

On Wednesday I picked up several packages some of them were from sales last year on a "ship when it ship" policy with rock bottom amazing prices. It took a while for me to get the stuff, but the sale prices were worth the patience. But.. those sales do mean I have to keep track of what I bought and what's still "pending". The die set I used on this project was in one of my packages. I fell in love with the suns and could imagine several projects with them, but it is the border trim which I used this time. 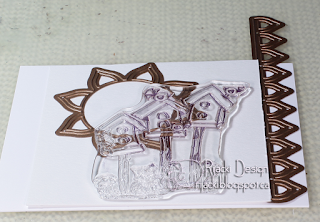 In doing my design layout, I was thinking to fussy cut the birdhouses and have one of the lovely suns layered behind. I was waffling on an idea to have the border layered or as an edge. 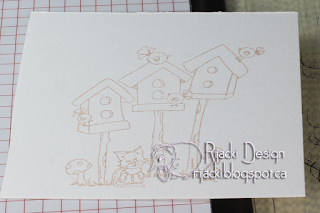 I stamped the image with tan ink on heavy watercolour paper so I could do a "no lines" colouring. I used Distress ink and watercolour brush to paint/colour the image. 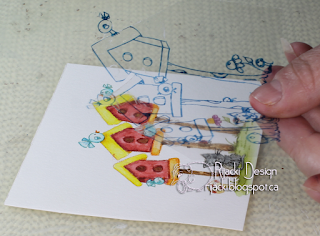 I decided I wanted clouds instead of fussy cuttting. When I was done painting, I created a mask with clear packaging and Stazon ink. I fussy cut the top of the mask and then used removable adhesive to secure it over the image. 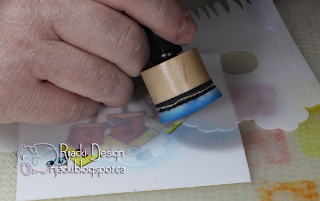 With the mask covering my painting, I could stencil in some clouds behind the birdhouses using one of my favourite stencils. To put in the cloud effect, I start on the stencil and then sweep up lightly. I like Salty Ocean for a pretty partly sunny day. 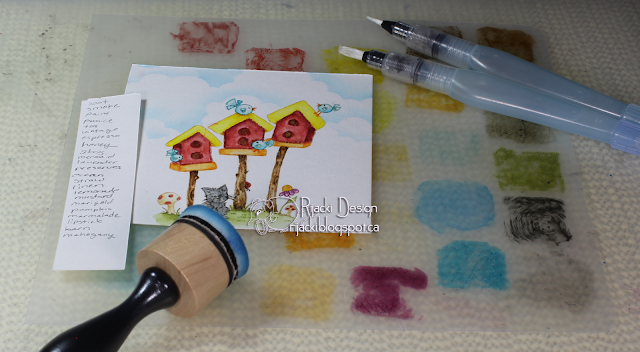 The laundry list of the Distress ink colours I used. I smush the minis on a plastic work surface and pick up the ink with a waterbrush or, for the clouds, a blender tool. 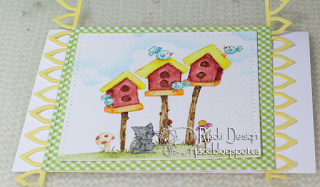 I dry fit the card, choosing to add a green checked paper and die cut the panels with a stitched square. 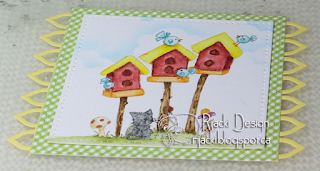 I attached the borders with thin adhesive tape on the back of the checked paper. At this point I started to think about an easel card. 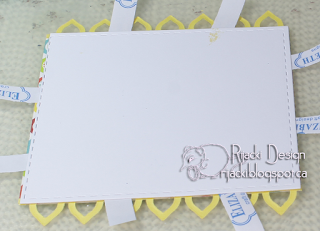 I attached a backing panel to the image panel. I used slips of release sheet on the adhesive tape to aid in positioning. 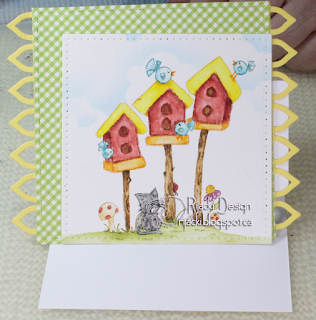 I trimmed a card base to 4 1/4" square to match the green and scored one side at 2" to make it into an easel base. 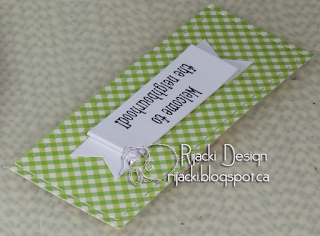 I die cut a narrow rectangle of the green checked and stamped the sentiment on a strip of the scrap from the modified card base. I notched both sides of the strip and scored/folded it on each side. I used foam mounting tape in the centre area and adhesive tape on the ends to adhere it to the rectangle. 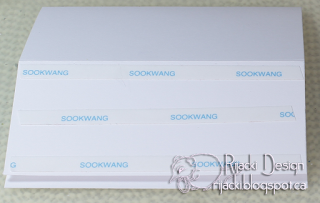 To adhere the card front to the base, I used Scor-tape on the front part of the card. 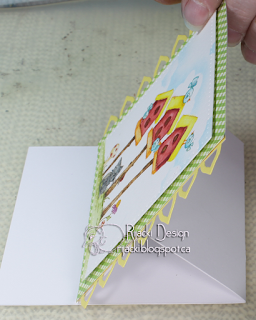 I attached the bottom of the image panel to the card base. 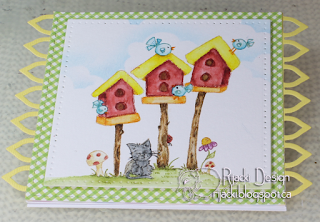 I added the sentiment panel to the front of the inside of the card and a pair of enamel dots from YNS as easel stoppers. 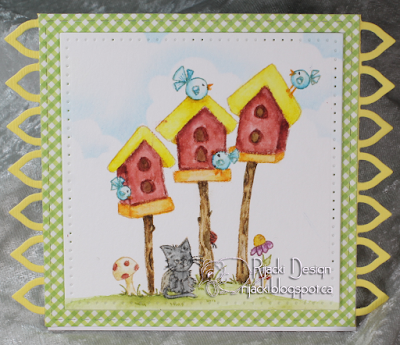 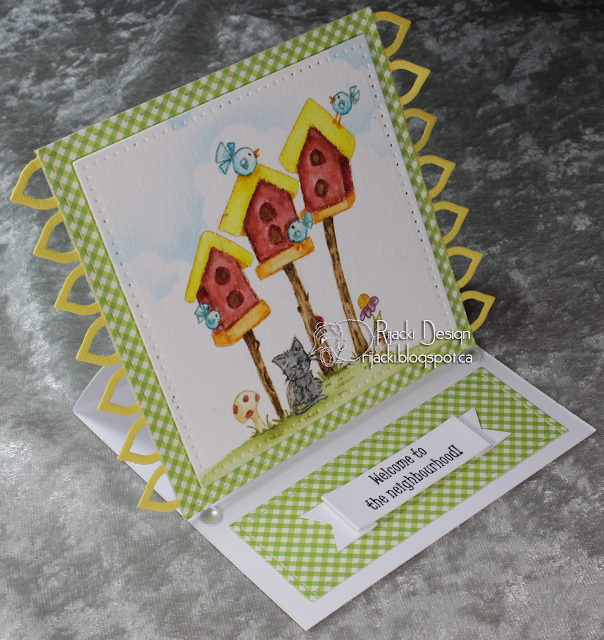 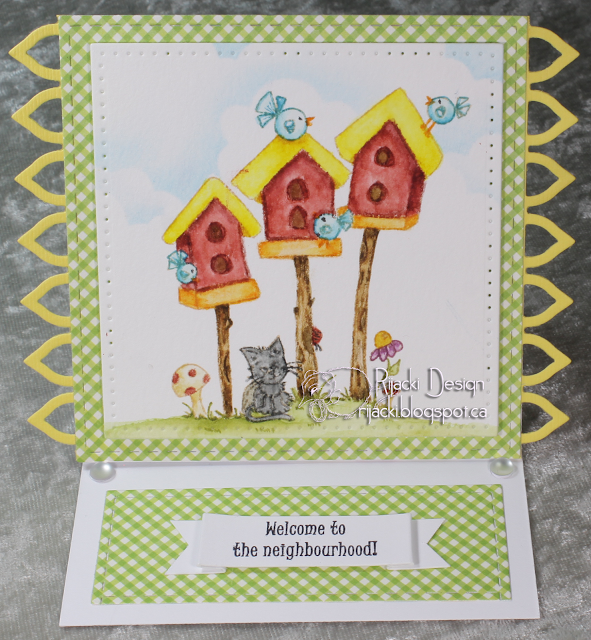