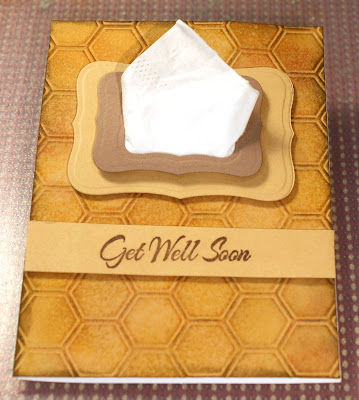 The challenge for a Facebook group I'm in was to make a "get well" card. One of the other gals linked a card with a tissue and I fell in love with the idea so I decided to give it a go.

I decided to make this card in browns to have it more neutral and appropriate for either a male or female recepient. For the background, I decided to use one of my new embossing folders that I got on clearance from Stampin' Up. I also used two Stampin' Up cardstock that I got from a friend who was reducing her stash. 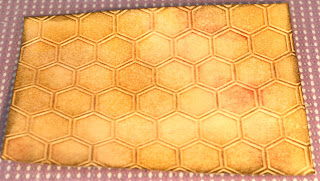 For the background of the card, I used several Distress Inks and a little water to make a faux leather. 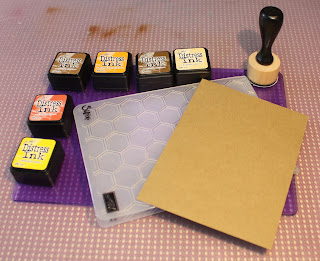 When I did the panel over again to make a video, after the first video I made didn't work out so well, I used a different cardstock because I have a limited amount of the creamy caramel. In the video I used a cardstock from Recollections, purchased at Michaels.


The technique can be used with other embossing folders, different inks, and other cardstocks for different effects. 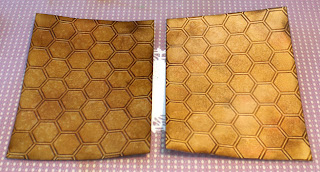 The two cardstocks I used do yield slightly different results. The Stampin' Up caramel cardstock is lighter in colour for the end product with the dye ink not absorbing as deeply. But, both have lovely look when finished.

I adhered the panel to the card base without any edge showing. 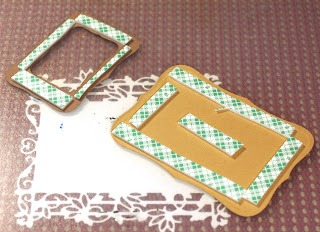 I cut rectangle tags from the same creamy caramel cardstock and close to cocoa cardstock. I cut the cocoa cardstock as a frame to make the tissue opening. I added mounting tape to the backs to give it dimension. 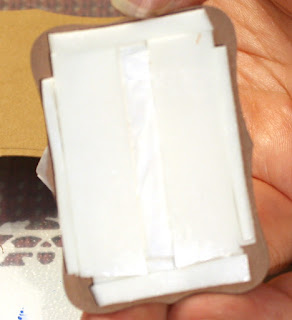 I cut a small square of tissue folded it and affixed it to the back of the cocoa frame. 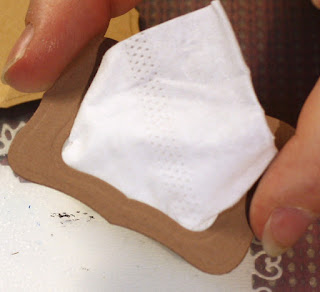 The tissue comes up out of the frame like a tissue box. 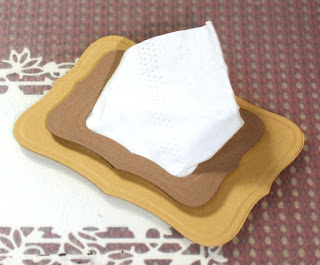 I mounted the cocoa frame on the caramel tag. 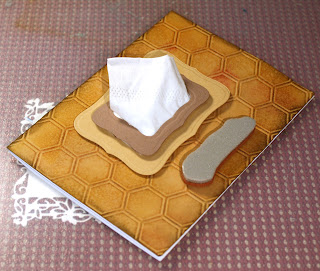 I dry fit the card in both directions but decided the vertical for the final. I used a bar of the caramel to hold the sentiment. 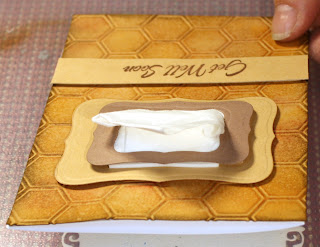 A view of the card from the top, showing how the tissue pops from the frame.

And the finished card again. 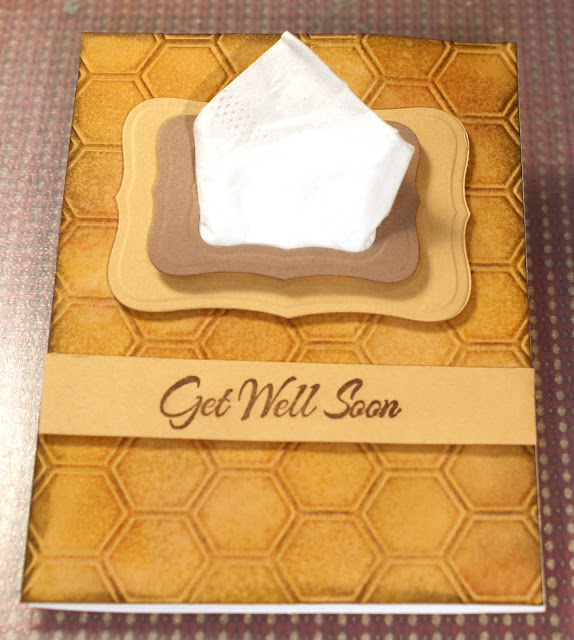