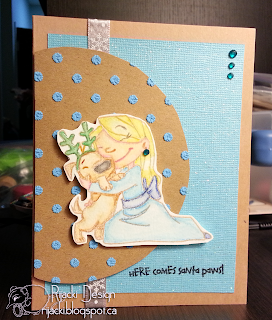 Santa Paws is one of my favourite sets of the Kraftin' Kimmie Stamps release in September. The little girl and her puppy with an antler headress is utterly adorable. I painted the image while waiting in the airport for my flight to board and finished up the card in the hotel room.

I'm the US visiting two sets of family that, of course, live in two different states. We had a day of flying between the two so I decided to do a bit of painting while waiting in the airport. 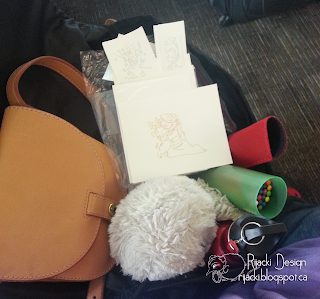 I put my watercolour pencils in a plastic brush tube in my carry-on and stashed my waterbrushes in the quart-size baggie of TSA approved liquids. I pre-stamped a few images on ight water colour paper and cut them into small panels to fit in a plastic baggie inside a red zippered bag, also in my carry-on. For the image in this project, it was stamped with Desert Sand Memento ink. 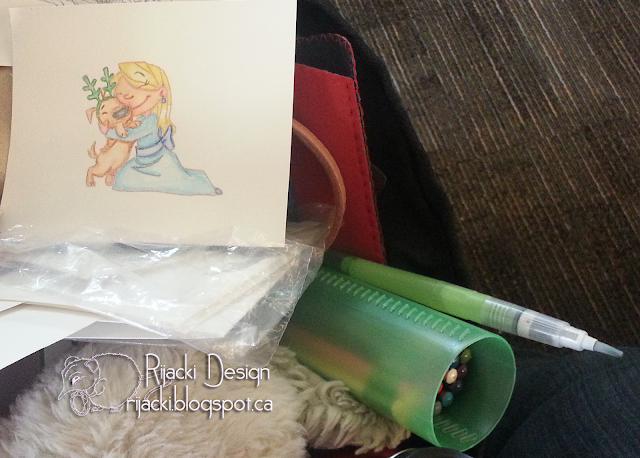 I painted the image while I waited for out flight to board using the watercolour pencils and water brush. 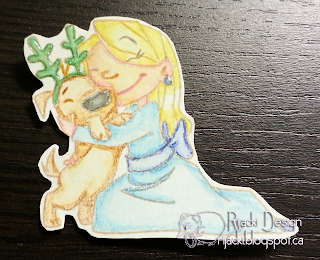 In the hotel, I fussy cut the image and added Wink of Stella to the bow, shoes, earring, and puppy's headdress. I added Glossy Accents to the nose and over the Wink on the antlers and earring. 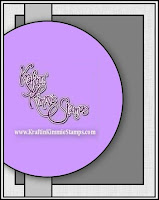 I decided to use the Kraftin' Kimmie November sketch as the layout for the card. 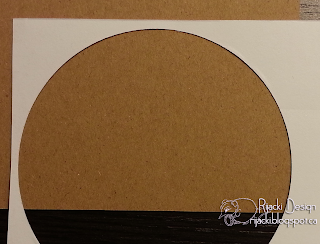 Traveling comes with weight restrictions for luggage, thus I could not take my Big Shot. In making this card, I wanted to use the KKS November sketch, so I needed a partial circle. In the stash I brought with me, I had scrap from when I cut a circle for some project. I used that scrap to trace the circle on to the paper I wanted to use for the project. 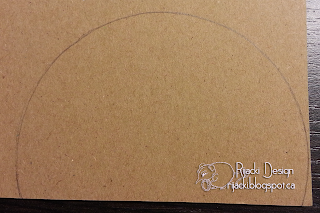 I traced the circle on the back of the paper I wanted to cut and used scissors to fussy cut it. 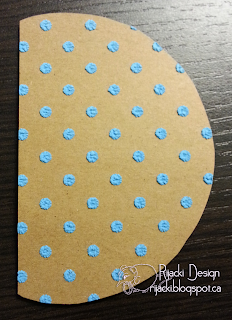 The semi-circle scissor cut might not be as precise as a die cut, but in a hotel room 2 time zones away from home, it looks pretty good. Going old school *grin* 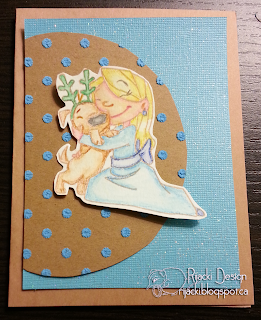 I dry fit the circle with the image on the sparkly blue background and kraft card base. The blue dots on the kraft have dimension I bought the card bases, kraft blue dot cardstock, and sparkly blue cardstock at Joanns after I got to Missouri (the second state on our trip). Everything else in the project was brought with me in either checked or carry-on luggage. 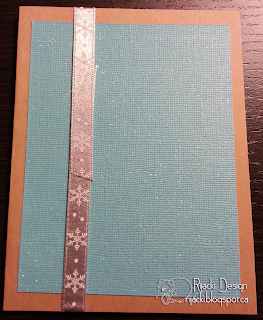 I adhered the sparkly panel directly to the card base and added a silvery-grey satin snow flake ribbon. 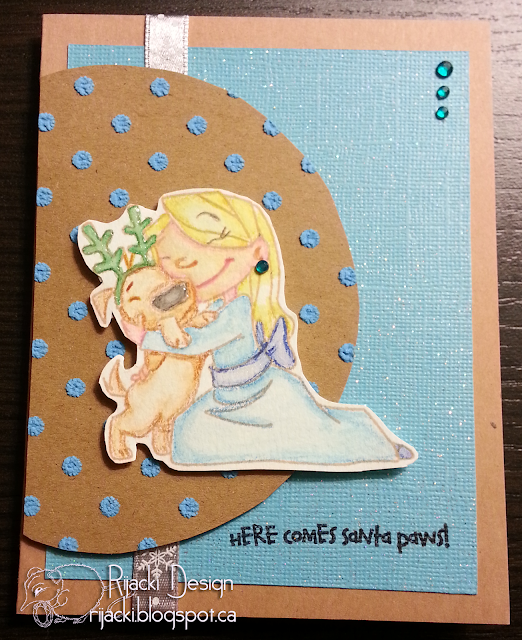 I added a sentiment to the front of the card, stamping on the sparkly blue panel after it was adhered to the card base. I used foam mounting foam to pop up the circle and the image. I added a bit of bling, too, with green rhinestones 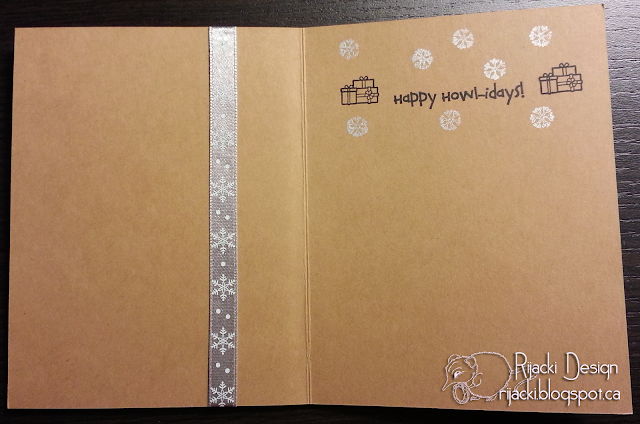 Inside, I stamped another sentiment and embellished it with presents and silver snowflakes. 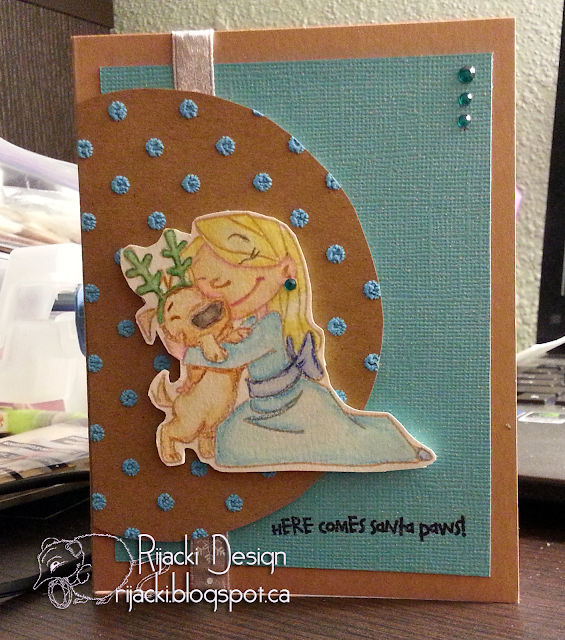