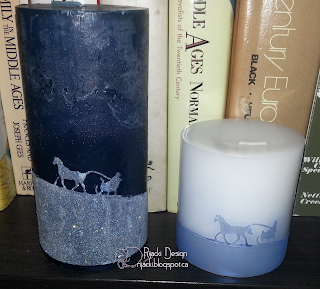 Two candles made with adhesive sheet and a Memory Box die cut. The one on the right has Silk Microfine glitter. The other one is Pearl Ex pigment powder.

I'm coming down sick so I apologize if this blog post is a little wonkey. I'm starting to lose total coherence *laugh* If the post is a bit odd, forgive me.

I measured around the candle and cut a wide strip of adhesive sheet. I die cut the Horse Sleigh border from the adhesive sheet and trimmed the rest of the band to follow a similar contour. The first candle I used is short so I made the strip thinner. 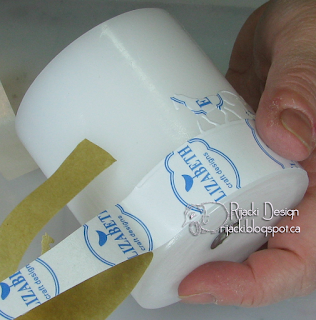 I removed one of the release sheets and stuck the sheet around the candle. 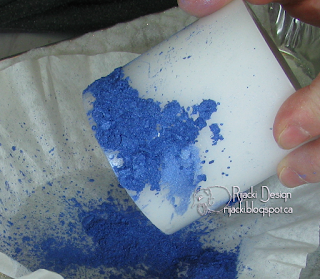 Like with glitter, I dumped True Blue Pearl Ex on the adhesive over a coffee filter and Swiffer filled tray to contain the mess. I used Pearl Ex because I wanted a blue silhouette and don't yet have blue microfine glitter. 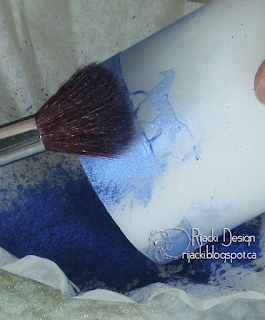 I used a brush to wipe off excess and then poured the excess back into the Pearl Ex jar. The powder wanted to stick to everything! I had to use a wet wipe on the candle as well to wipe away as much excess I could. 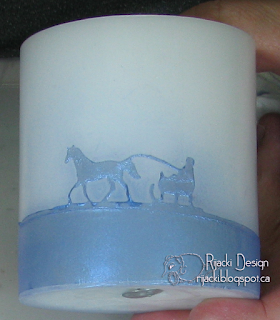 The Pearl Ex is almost translucent which is very pretty, but it wanted to stick to the candle (and anything else it touched), The end result is pretty but with a halo.

After work the next day (today), I stopped at the dollar store to pick up a blue candle I had seen there. I cut another strip, though wider, with the sleigh. 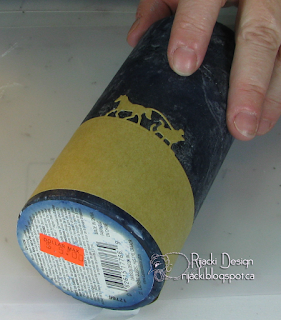 The adhesive didn't want to stick to this candle (not as smooth), so I used the heat tool to melt the candle under the adhesive and adhere it with wax. The sticky top it what I really wanted. 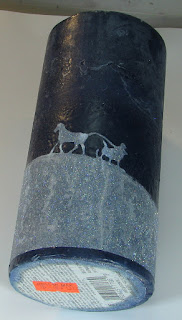 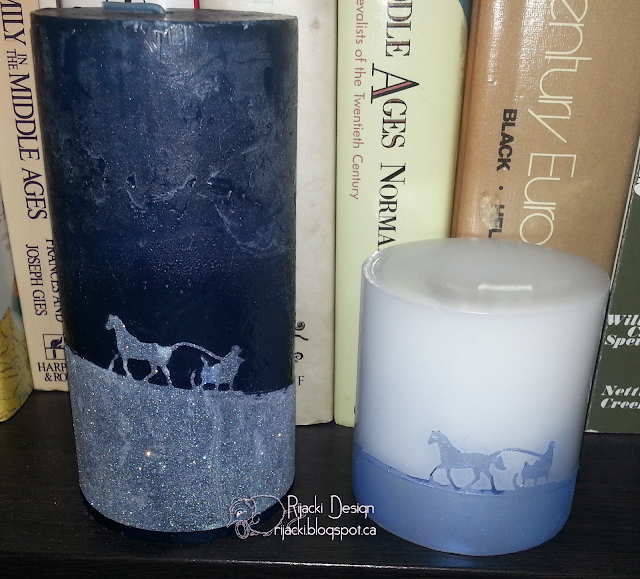