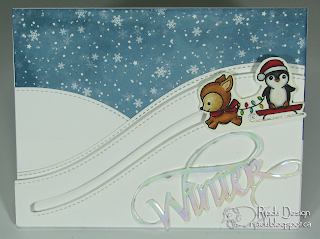 One of my fav things to do as a kid was sledding, if we would get up in to the mountains were there was snow. I mostly grew up parts of California were there was no snow, so going up to snow was a big treat. I have since lived in places with snow and still love the wintery white stuff even if I don't do any sledding. 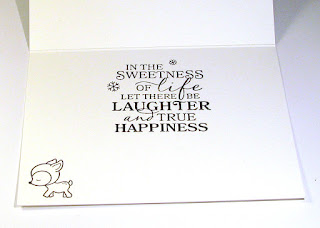 When I first saw the Shake It Up stamp set, one of the ideas that started thumping around in my head was a sledding scene down a hill side, a slider. My first slider!

The Kraftin' Kimmie Stamps 2016 September release is all about Christmas. I have been pleased to be a Krafty Guest for the release with two preview sets to play with. The penguin and deer are from the Shake It Up set. The whole release is now available and is such incredible fun! I can't wait to get more of them.

The Shake It Up! set has a lot of small adorable stamps including a sled. This is why I thought about making a slider. 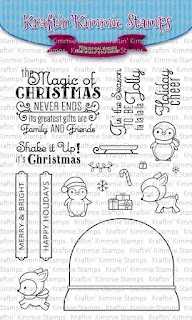 I chose to use one of the reindeer, the penguin with a hat, the sled, and the string of lights.

To make a composite image, I did several stampings with the Misti, adding one stamp at a time to get the placement right. 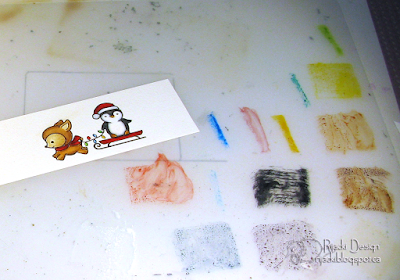 I watercoloured the image using Distress Inks. I also used Vintaj Patina Ink for the sliver runner on the sled. 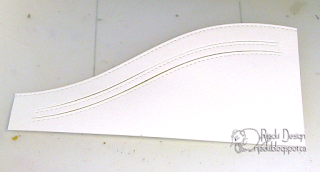 I don't yet have a slider die, so I used a Lawn Fawn stitched hillside die to do parallel partial cuts along with an additional parallel complete cut. I used Soft Finish cardstock because it has a lovely texture and snowy white colour. 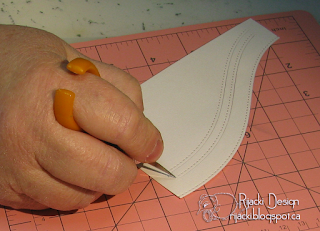 I used a craft knife to cut the ends of the slide channel...

... to have a smooth channel from the top of the hill to the bottom.

Using the hillside, I cut a fun foam backing. I made the channel wider on the foam to accommodate ta slider base larger than the channel. 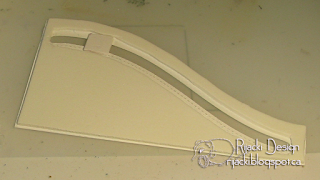 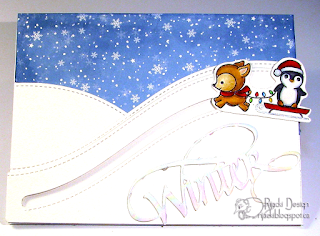 I added shadow hill with the same arc behind the slide hill and another hill for the background. I also added a snowy starry sky from the BoBunny Dear Santa pad. The shadow hill to the slide covers the back of the slider, too. 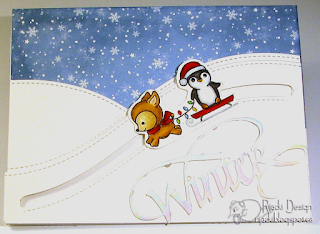 The sledders slide down the hill. 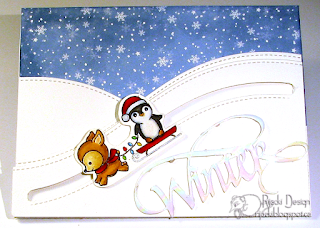 I also added a die cut Winter from a white Shimmer Sheet. I love the Way With Words dies by Elizabeth Craft Designs. Winter comes from the Four Seasons set. 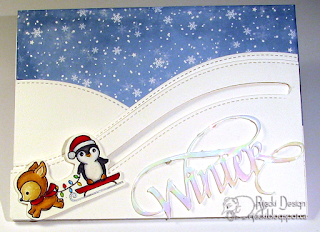 The saddest part of sledding is when you get to the bottom and now have a bit of a climb to get back to the top of the hill and more fun. It's easier with this pair, just push them back up the hill for their fun to start again. 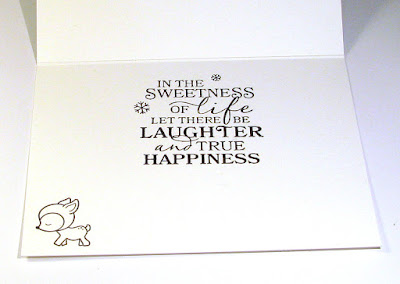 Amusingly, the best sentiment I found in my stash for the inside of the card came from the Sweet Summer Sentiments set. Summer sentiment for Winter *giggle* I added a couple snowflakes and the other deer for a wintery look. 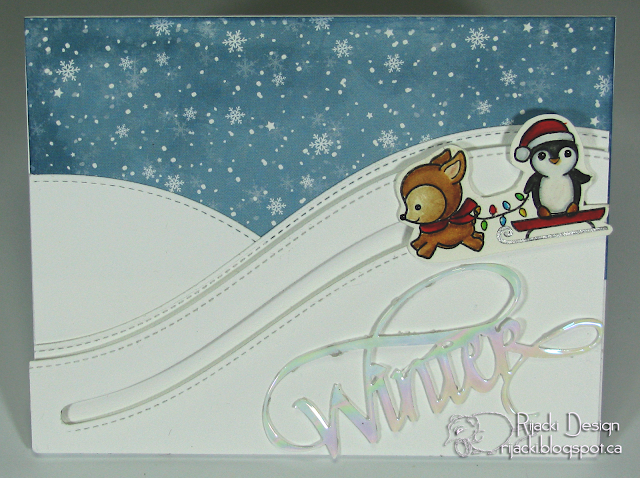 You should see what the Design Team and the Krafty Guests have created with stamps sets of the new release!